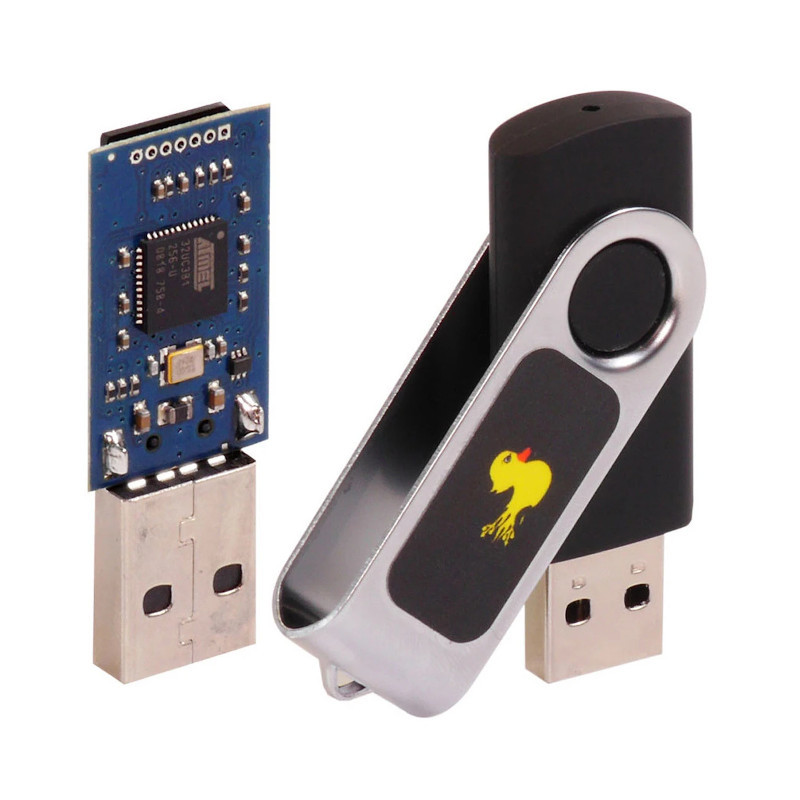 The USB Rubber Ducky has been a favorite among hackers, pentesters and IT pros since 2010.  All of these things can be done with many well-crafted keystrokes. If you could just sit in front of this computer, with a photographic memory and perfect typing accuracy, you could do all of these things in just a few minutes.  (Quack like a keyboard)

With its debut, keystroke injection attacks were invented – and since it has captured the imagination with its simple scripting language, formidable hardware, and covert design.  It violates the inherent trust computers have in humans by posing as a keyboard - and injecting keystrokes at superhuman speeds.

SUPER SIMPLE TO PROGRAM
REM to comment, STRING for long blocks of text, DELAY to momentarily pause and any combination of special keystrokes.  That's it! You just learned Ducky Script!  Write payloads in any text editor – from notepad to nano.